Sunday Worship,Where do we go from here?

“I’ve been meaning to ask…” a series for curiosity, courage & connection 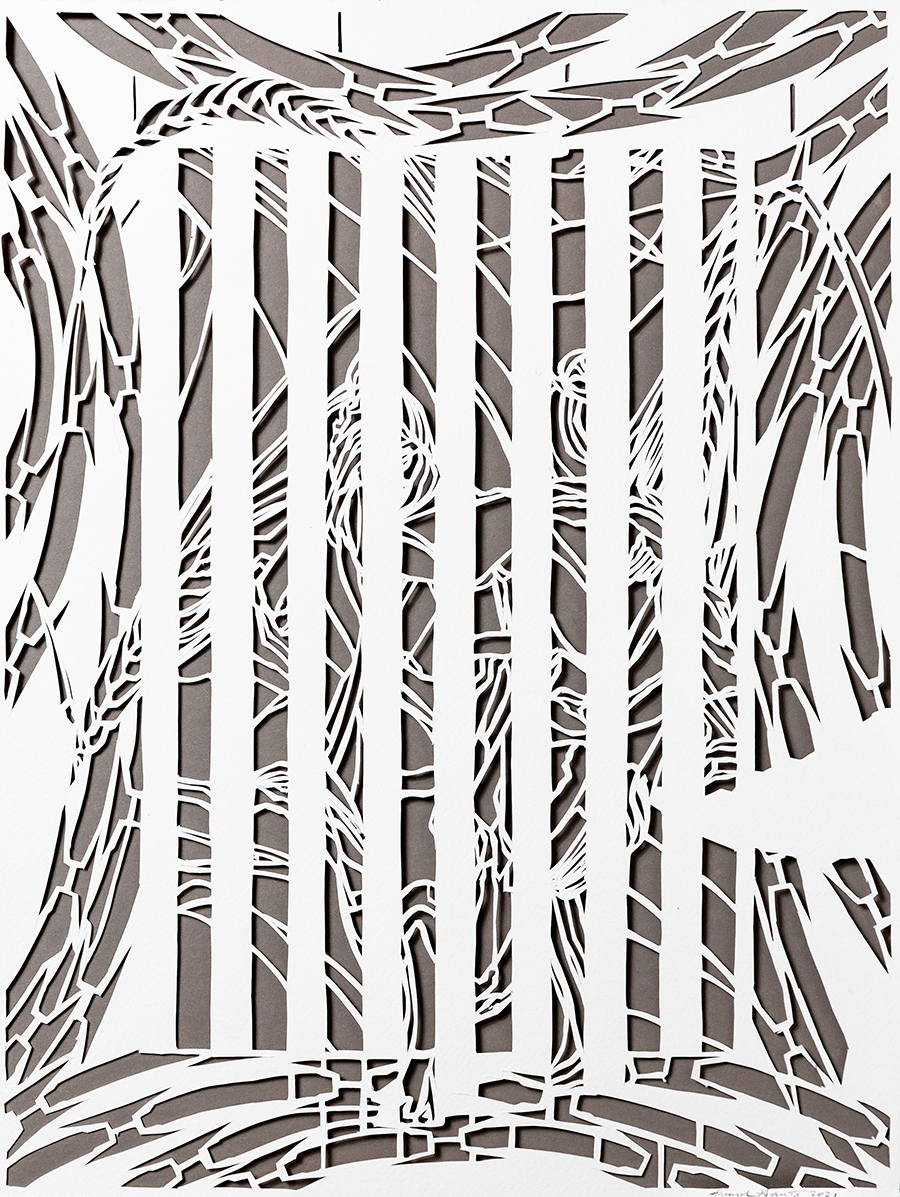 God of light and love….
God of deep connection and peace.
Come and move among us.
Give us fresh glimpses of You.

Welcome— This morning we continue our fall series, “I’ve been meaning to ask….”. We’ve reflected so far on the questions “Where are you from?”, “Where does it hurt?” and “What do you need?”. Today, we look at the question “Where do we go from here?”. This final question is not meant to be the end of the journey; instead, it creates openness to explore together what is next. It is designed for each person, family unit, and CMCL as a church to discern how to move forward into something new. As we move forward, let’s keep cultivating our curiosity, asking questions, having conversations, and seeking connection in order to humanize and care for each other. Ultimately, this final question invites us to foster hope and imagination.

If you come into this place
with the hope of growing deeper,
with the hope of connecting,
with the hope of glimpsing God,
and if all of those things take place,
and your spirit is moved,
and you swear God is near,
and you feel more than lucky for the gift of faith,
and then the service comes to an end,
and it’s time for you to leave,
and you ask yourself,
“Where do we go from here?”
Then I would say to you,
“Go out into the world
to love and to share and to learn,
but come back soon,
because this is the beginning.
This is only the beginning.

So come on in.
Fill your cup here.
Be present here.
God is here.”
Let us worship Holy God.

Prayer by Rev. Sarah Are | A Sanctified Art LLC | sanctifiedart.org.

Offering—Thank you for your continued support of your congregation.  Our budget supports our staff, our building, our congregational care, and our outreach commitments.  We are grateful that this community can be a place to seek and give mutual aid and to reach out beyond our community, too.  Thanks so much for being the church and giving to the work of the church.

Jesus of love and leftovers,
we struggle with what to share and how much is enough.
Sometimes we are the disciples,
quietly suggesting you send the needy crowds away.
Sometimes we are the crowds bringing only our desire to be close to you.
When we have little, embolden us to share it.
When we have nothing, welcome us to stay and eat.
In giving and receiving, we participate in the miracle of enough.
Thank you, Jesus.

Sermon— “Where Do We Go From Here?” Susan Gascho-Cooke

In recent weekswe have asked — Where do you come from? Where does it hurt? What do you need? And now — where do we go from here?

The story we’ve been given as our companion today is the story of Ruth and Naomi: There is a famine in Bethlehem (Judea), so a family, Elimelech and Naomi, and their two sons move to Moab out of necessity. While they’re there, Elimelech dies, leaving Naomi a widow. In a few years, her sons each marry a woman from Moab, Orpah and Ruth. Within ten years, though her sons, too, die, leaving behind widows, but no children.

Naomi hears that the famine has ended back home, so she decides to return

There are laws for the care of widows and orphans back home — even though it will be precarious for her. And she’s determined that her fate is to be alone, so she’d rather do that at home, I guess.

It’s interesting that Naomi starts to return with Orpah and Ruth, andthendecides to tell them they don’t need to continue, they can go home and make better lives for themselves in their home country. They insist on returning with her, But Naomi is insistent, too, and so Orpah decides to go home.

Ruth, however, responds by maker her famous declaration of loyalty to Naomi:“where you go, I will go. Where you stay, I will stay. Where you die, I will die. Your god will be my god, your people my people.”

It’s not clear whether Naomi even wanted Ruth to come along; she didn’t even reply. And when they get to Bethlehem, she tells her old friends to call her “Bitter”because she had left full and returned empty. Seems a bit of a diss to the loyal daughter-in-law, whom I could imagine saying, “Hello, you do realize I’m standing right here, right?”

Now, I’m going to state the ludicrously obvious here and say, life in Judea and Moab 3,000 years ago was very different from our life now. So, when I say that I think this is a story that lays alongside our current story, understand that I’m aware of the historical liberties that takes

But I think it’s a story with interesting light to shed on our now. There’s a natural disaster, and home and normalcy must be abandoned for survival. Naomi and her husband pick up their family and leave behind home and all they’ve ever known.

A decade passes … both tragedy and joy befall the little family. Tragedy: the father dies, but joy: the sons find partners to share their lives with Naomi’s family expands. Tragedy again, as soon both sons die, as well. But joyful news then reaches Naomi that there is bread in Bethlehem again.

She can return home.

In a sense there are two normals being offered here: Naomi is offered the chance to return home, to normal. Normal food, normal language, normal religion and culture. But she will be returned a changed woman, with drastically changed circumstances: a woman bereft, and a woman vulnerable within a patriarchal system

Orpah and Ruth are also offered a return to normal: to return to their mother’s households: no more tied to a refugee family, no more tied to the mother of a deceased spouse, the chance to find another partner, start over, reset.

They have the chance to disentangle their fates, and Naomi and Orpah choose to cut ties — to return to their respective homes to rebuild normal, unencumbered by ties from the past.

Ruth alone makes a different choice — she chooses to stay bound to Naomi, even though we’re not even sure Naomi welcomes that. Her words could be an indication of passive-aggression; some would say the lady doth protest too much

but the text doesn’t make it clear how to interpret it.

Ruth chooses to interpret her story and Naomi’s kind of like a Markan sandwich — that the healing of one is bound up in the other — that Ruth’s story and salvation can only be understood or completed in the context of Naomi’s past and future.

And the writer of Ruth underlines that interpretation by employing a similar device. The Book of Ruthactually begins and ends with Naomi’s story; for the book concludes with Ruth giving birth to a son, and Naomi’s friends saying:

‘Blessed be the Lord, who has not left you this day without next-of-kin …
15He shall be to you a restorer of life and a nourisher of your old age;
for your daughter-in-law who loves you,
who is more to you than seven sons, has borne him.’
16Then Naomi took the child and laid him in her bosom,
and became his nurse.
17The women of the neighborhood gave him a name, saying,
‘A son has been born to Naomi.’
They named him Obed; he became the father of Jesse, the father of David.

KingDavid, I might add, and the ancestor of Jesus. Although Naomi came home to Bethlehem with Ruth, she told her friends she had come home with nothing (no one). And even at the end, with a grandson in her arms, it was her friends, not Naomi, who could name that fulfillment had come to Naomi, and to name the significance of Ruth in Naomi’s life.

What does this have to do with us?

Well, I wonder: what choices are in front of you? of us? as normalcy approaches? Do we return to normalcy when it’s available to us? What of the reality that a truly low-risk normalcy will be available to some long before others?

Also, the normals to which Naomi, Ruth and Orpah were invited were not equal. I can only speculate about the differences, but Ruth and Orpah, as women in their childbearing years, likely had a more robust version of normal to return to. Naomi would be returning home after years away, with no male protectors. And as somewhat of a stranger, I’d guess, since travel and living abroad can change a person just as can grief and loss.

There are different normals for us, too. There’s COVID-related normals; and variety within that, based on one’s personal risks, and their capacity to protect themselves from risk

But there are many who live with different risks, for which there no vaccine or immunity or 5-day pill regimen is on the horizon: because of increased wealth disparity and rising costs of living, because of gender, race, ability, location

Do we see ourselves as being in a Markan sandwich  with everyone in our society, not just our socio-economic peers? That is to say, do we see our healing/our normal as being intertwined and entangled with the normal of all?

That is Ruth’s declaration, as she surveyed the choices before her, emerging from a season of great grief and loss: That Naomi was her compass point. That “wherever Naomi was” was her answer to the question:Where do we go from here?

That is some radical entanglement.

In a hymn we sing regularly, we declare:

I bind my heart this tide
to the Galilean’s side,
to the wounds of Calvary,
to the Christ who died for me.

I bind my soul this day
to the neighbor far away,
to the stranger near at hand,
in this town, and in this land.

I bind myself to peace,
to make strife and envy cease.
My God, fasten sure the cord
of my service to the Lord!

That’s some radical entanglement, too. This is what I hear Ruth declaring to Naomi: “I bind myself to you.”

What would it mean to bind ourselves to peace? to the neighbor? to Christ, the friend of the poor?

I’m not sure I like these questions. much less the imagery of binding … but are our fates not entangled?

In this worship series built around questions, I end on the question mark today:

Where do we go from here? With whom?

When we are given our “return to normal” card, what will we do?

Sharing Time—Please email your prayer requests or reflections this morning to Susan@communitymennonite.org. They will be sent out by email by Monday.

As we leave here, don’t forget to cultivate your curiosity, ask questions, have conversations, and seek connection with those around you. God is with you through it all.