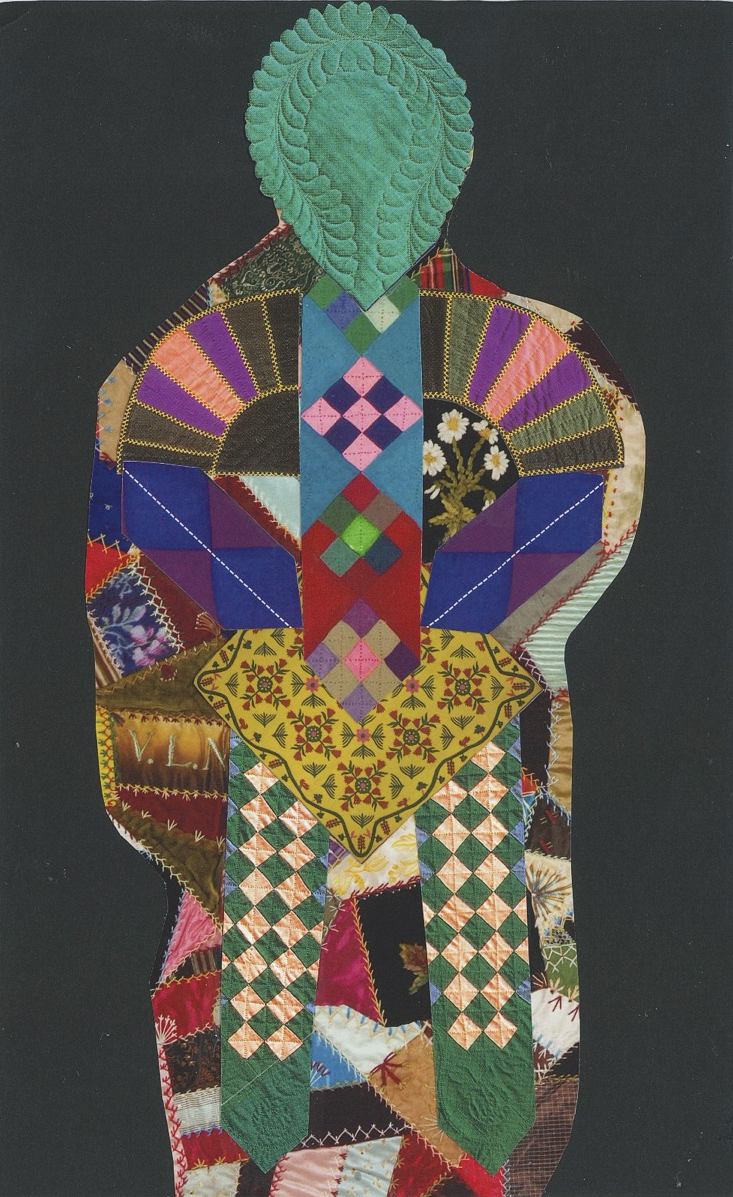 Lighting the Peace Lamp— We invite you to light a candle or lamp wherever and whenever you read through this service.

Blessed are you who bear the light
in unbearable times,
who testify to its endurance amid the unendurable,
who bear witness to its persistence
when everything seems in shadow and grief.
Blessed are you in whom the light lives,
in whom the brightness blazes –
your heart a chapel, an altar where in the deepest of night
can be seen the fire that shines forth in you
in unaccountable faith,
in stubborn hope,
in love that illumines every broken thing it finds.

– Jan Richardson, “Blessed are You Who Bear the Light”

Offering—Thank you for your continued support of your congregation. Our budget supports our staff, our building, our congregational care, and our outreach commitments. We are grateful that this community can be a place to seek and give mutual aid and to reach out beyond our community, too. Thanks so much for being the church and giving to the work of the church.

God, all things of love and justice, life and peace come from you.
May our giving be our response of thanks.

She girds herself with strength,
and makes her arms strong.
She perceives that her merchandise is profitable.
Her lamp does not go out at night.
She puts her hands to the distaff,
and her hands hold the spindle.
She opens her hand to the poor,
and reaches out her hands to the needy.
She is not afraid for her household when it snows,
for all her household are clothed in crimson.
She makes herself coverings;
her clothing is fine linen and purple.
Her husband is known in the city gates,
taking his seat among the elders of the land.
She makes linen garments and sells them;
she supplies the merchant with sashes.
Strength and dignity are her clothing,
and she laughs at the time to come.

This I Believe— Introduction, Susan Gascho-Cooke

This morning’s “This I Believe” Sunday has been in motion for several months. It began on Facebook — on Chris Hoover Seidel’s page. I’m so pleased she is with us this morning! She shared about trying to cull her wardrobe some (she’ll tell you more about this in her statement) and that she realized her relationship with clothes was conflicted. Many women chimed in with stories about their own relationship with clothes. Including our own Meghan McLane, who responded in her fabulous ALL CAPS way, that clothing is her art. I think many of us agreed with Chris’s response that she would love to learn more from Meghan on that.

Inspired by that conversation, I thought: hmmm… CMCLers love hearing each other’s “This I Believe” statements, but it’s a little harder to get CMCLers to share their “This I Believes.”. There’s often there’s shoulder-tapping involved. I realized I would LOVE to hear from other CMCLers, women in particular, about this topic. So, I reached out to Meghan, who initially agreed, but ultimately decided Zoom was not her comfort zone. And Amelia Rauser, who brings the perspective not only of a fabulous human being who is a woman with her own relationship with clothing, but also an art history prof who writes books and gives lectures on fashion throughout the ages. It only occurred to me within this last week that Chris Hoover Seidel herself might be willing to share, and lo and behold, she was! And finally, I was hoping to have a CMCL woman who is Mennonite by background and who has experienced both dressing by “plain” Mennonite standards and has gone through the transition of dressing by less strict community standards. Although I didn’t have any takers on sharing from that perspective, I also realized that perhaps it was my own thoughts and feelings about being Mennonite and having to wear clothes in the world that I needed to work through. So, I’ll be sharing, too, in the form of a song.

If you are wondering, why are we talking about clothing in November 2020, while COVID rages, a nation waits for transition in its highest leadership position, racism continues to rage and … and …?? Well, part of me was wondering that, too. But I believe that how a person’s ability to exercise choice in how they care for their bodies and how they negotiate their public and private bodily presence in the world is important. And it’s at stake. And one of the major ways power is chiseled away at is by persuading women, in particular, that the concerns of their own bodies are frivolous. Less weighty than the “real” news of the world. And yet the “real news” of the world is so often, tragically, the desecrating of bodies — bodies of land, bodies of water, bodies of children at the border, bodies of black people at the hands of police, bodies bearing children, bodies loving bodies, bodies distancing, bodies masked.

So, I’m so grateful that Amelia and Chris were willing to share today. I’d love to hear more of your stories. I’d love to hear the stories of the women of Landisville Mennonite Church where I grew up, who (in my 11-year-old memory) all shed their head coverings in silent synchronicity one summer in the mid 1980s. I’d love to hear how you all, men, women, cis, trans, non-binary, are claiming your body, your voice, and what and how and why you are choose to clothe yourself in — both your physical clothing, and the intangible ways you clothe yourself for walking in this world.

My “This I Believe” is a song I wrote just before the pandemic, exploring the message of claiming a body in its fullness in the particular tradition and history from which I came. This is a rough recording on my cell phone, and it’s called “A Choir of Lost Pieces.”

This I Believe— Amelia Rauser. In addition to being a CMCLer, Amelia is Associate Dean of the Faculty and Professor of Art History at Franklin & Marshall, and her research and writing encompasses fashion.

I believe that clothing communicates ideas.

Attention to dress is a complicated concept for many women, especially Mennonites. Plainness is valued, and fashion is associated with many distasteful, damaging, or even immoral concepts: waste, envy, superficiality, vanity, consumerism, artifice. But our negative attitudes toward fashion and dress are also, I believe, deeply sexist, rooted in devaluing women, limiting their avenues of artistic expression, and shaming their bodies.

I didn’t grow up Mennonite, but I did grow up in a family of German Baptist dairy farmers and Southern Baptist itinerants with very similar values. There was a curious mix of pride and humility in appearances. Flashiness was frowned upon and frugality was not only necessary, but celebrated. And yet the women in my family paid a great deal of care to their appearances.

My aunt Lunell, now 84 years old, can tell you about the clothes she had on for any important or even trivial occasion of her life. Often in recounting a memory, she will tell you not only what she was wearing, but what everyone else was wearing, also—including where the garment came from, and who made it or passed it down or bought it with their first paycheck.

My grandmother Ruth and my mother Bernie taught me to sew. Growing up in North Dakota, Ruth was a creative child with almost no supplies to make things with. She sewed and embroidered and cooked and drew, using what she had around her. When she was around 12 years old, she was sent to live with a relative for a short time to help with a new baby, and found there a chest full of old magazines. My grandmother had never seen an illustrated magazine before. She had barely seen any visual art at all. In her adult life, she went on to take painting classes and enjoyed making all kinds of art, but, as for so many women, making and wearing clothing remained at the core of her daily aesthetic practice.

For many women, across time and around the world, clothing and textiles are their only outlets for aesthetic expression. In India, even quite poor women wear beautiful saris and gold jewelry daily—not only as an expression of their taste and status, but also as a store of wealth. Many women own nothing except what they wear on their own bodies, and their gold earrings are a portable bit of financial security and independence. In such a context, fashion is anything but trivial.

Clothing is personal, but it is also deeply of its moment. We’ve all had the feeling of looking at an old, out-of-style photo of ourselves and wondering, “How could I have thought that outfit looked good?” Aesthetic interventions—whether made through painting, or sculpting, or sewing or wearing clothes—are ways to connect with, comment on, reject, or participate in
contemporary life. Style has meaning. And getting dressed is small act of aesthetic agency, connection, and expression that we all make, every day.

Yes, fashion is an easy target. It is frivolous, wasteful, vain. But instead of choosing sides on the question of fashion, for or against, I believe that we should honor all clothing—plain or fancy, minimalist or extravagant—as an expression of the dignity of the individual wearing it, and as an aesthetic bearer of values, choices, feelings, and yes, even ideas.

This I Believe— Chris Hoover Seidel. <— click here to listen to Chris’s “This I Believe.” Many of you know Chris as CMCL’s former Director of Children & Youth programming, and a former long-time member of CMCL, along with her husband Tim Seidel, and children Kai and Phoenix. Chris is currently a spiritual director and the director of Bridge of Hope Harrisonburg-Rockingham. She is a graduate of Lancaster Theological Seminary and attends Community Mennonite Church in Harrisonburg, Virginia, where she lives with her family. Her work, “Sophia at the Crossroads: Dismantling Patriarchy in the Church through the Biblical Goddess,” was published in January in I’ve got the power, a collection of essays based on presentations at the 2016 Women Doing Theology Conference. To learn more about Chris’ work, visit www.soulence.space.

Song of Response— Never One Thing, by May Erlewine

Sharing Time—  Email your prayer requests or reflections  to susan@communitymennonite.org. They will be sent out by email by Monday morning.

We pray for one another in this community, whether we see one another on Zoom this morning, or read each other’s words in the email, or commune in our memories of shared song and laughter shared under the same roof. May we continue to reach out to one another, in giving and receiving, in encouragement and support.

Yours is a Love that spans every kind of distance and breaches every kind of obstacle, that ushers us into this life and welcomes us into its arms at the time of our death. “Neither death, nor life, nor angels, nor rulers, nor things present, nor things to come, nor powers, nor height, nor depth, nor anything else in all creation, will be able to separate us from the love of God in Christ Jesus our Lord.” Romans 8:38-39

This we believe. Amen.

Closing Hymn— God be with you til we meet again, sung by Landry & Anika Krebs

In the face of all our realities:
we are the people who heal each other,
who grow strong together,
who name the truth,
who know what it means to live in community,
moving towards a common dream
for a new heaven and a new earth
in the power of the love of God,
the company of Jesus Christ,
and the leading of the Holy Spirit.     – Sing the Story, #200