As you move through the Good Friday at-home service this evening, feel free to sing the songs yourself unaccompanied, or listen to these recordings: 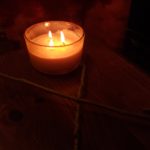 When Jesus Wept
Stay with me
Jesus, remember me
Into your hands

This Holy Week we are posting the artwork that was created by CMCLers for our worship environment. The prompt was the theme, “Holloway,” Each day of Holy Week we’ll send out images and accompanying statements from two participating artists.

Blessings as you walk this holloway of Holy Week …

Initially I took the photo as I drove toward our house on a foggy Saturday morning.  My mind was on the recent discussion from worship committee regarding the theme of Holloways for the Lenten season.  I was “tired” of the foggy December winter we were experiencing.  Today 4/3/2020, the photo, the theme Holloway, simply reflects our “now”. 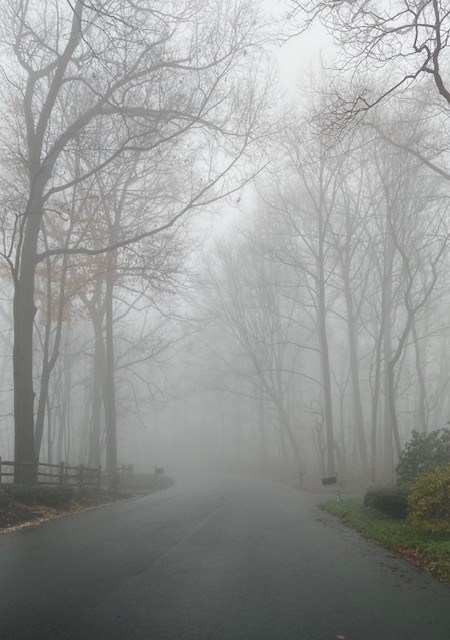 Acrylic on wood with graphite and copper wire

Below are excerpts from books I am currently reading that helped to shape this piece. This is handwritten in the piece as well.

The oldest Holloways date back to the early Iron Age. None is younger than 300 years old. Over the course of centuries, the passage of cart wheels, hooves and feet wore away at the floors of these roads, grooving ruts into the exposed stone. As the roads deepened, they became natural waterways. Rain drained into and down them, storms turned them into temporary rivers, sluicing away the loose rock debris and cutting the roads still further below the meadows and the fields. These Holloways are humbling, for they are landmarks that speak of habit rather than suddenness. Trodden by innumerable feet, cut by innumerable wheels, they are the records of journeys to market, to worship, to sea. Like creases in the hand, or the wear on the stone sill of a doorstep or stair, they are the consequences of tradition, of repeated action. Like old trees — the details of whose spiraling and kinked branches indicate the wind history of a region, and whose growth rings record each year’s richness or poverty of sun — they archive the past customs of a place. Their age chastens without crushing. To enter these Holloways is to access a world of deep history; an unexpectedly wild world, buried amid the familiar and close-at-hand. [Our waking existence is a land which, at certain hidden points, leads down into the underworld, the realm from which dreams arise. All day long, suspecting nothing, we pass by these inconspicuous places, but no sooner has sleep come than we are eagerly groping our way back to lose ourselves in the dark corridors. [Walter Benjamin, The Passengenwerk]

I wonder what will remain of our cities as the Anthropocene unfolds over deep time — the stratigraphic markers that will endure in the rock record. Over millions of years, the inland megacities of Delhi and Moscow will largely erode into sands and gravels, to be spread by wind and water into unreadable expanses of desert. The coastal cities of New York and Amsterdam, those claimed soonest by the rising sea levels, will be packed more carefully intosoft-settling sediments. It is the invisible cities — the undercities — that will be preserved most cleanly, embedded as they already are within bedrock. The above ground structures we have built will collapse to form jumbled urban strata: medleys of concrete, brick and asphalt, glass compressed to a milky crystalline solid, steel dissolved to leave trace impressions of its presence. Below ground, though, the subways and the sewerage systems, the catacombs and the quarry voids — these may preserve their integrity far into a post-human future. We long for —but disdain as futile — a soteriology whereby our sins might be absolved by the earth’s own stigmata. 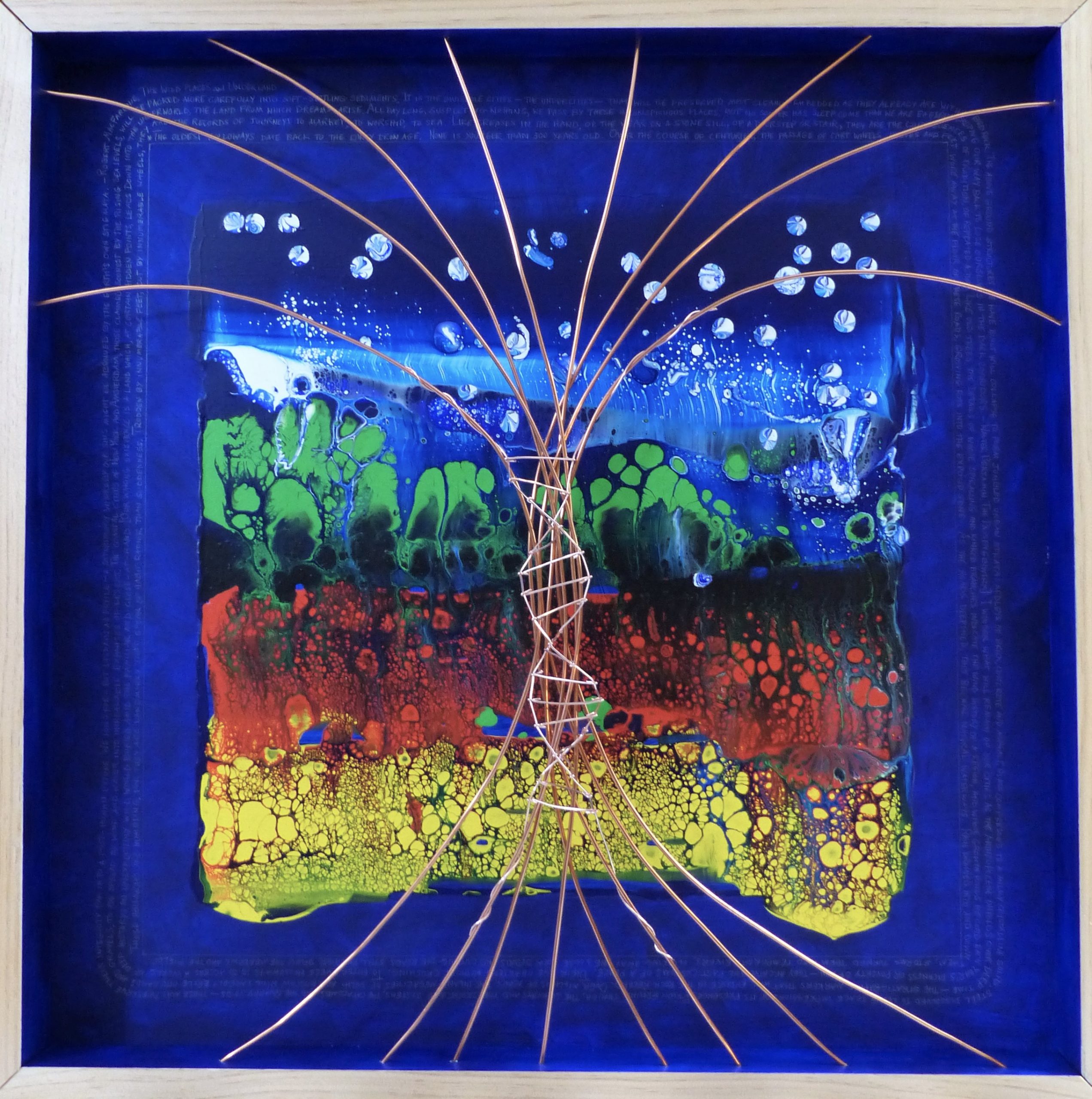 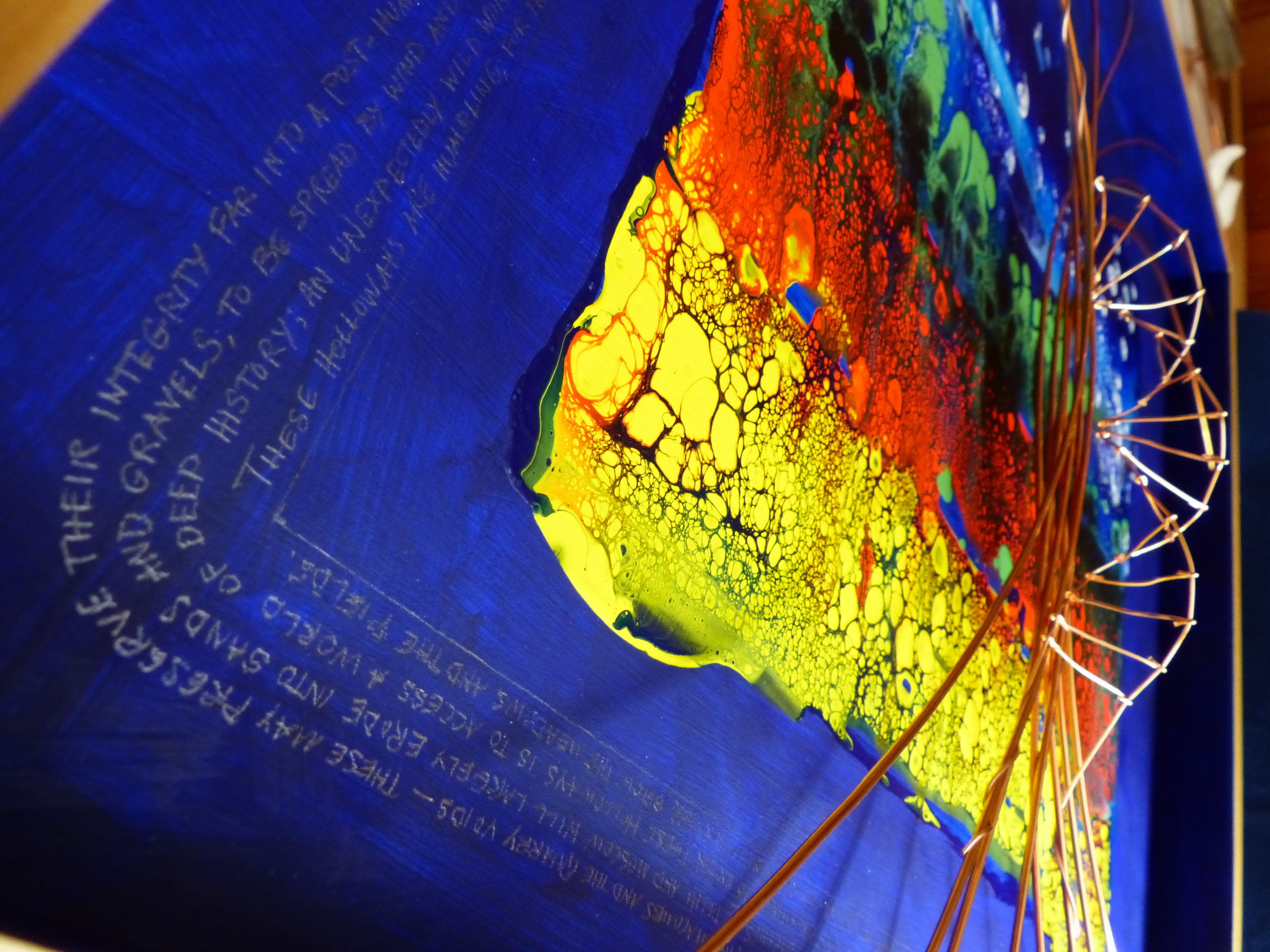